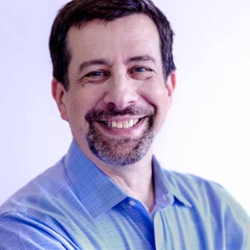 Dr. Michael Mandel is chief economic strategist at the Progressive Policy Institute in Washington, D.C. and senior fellow at the Mack Institute of Innovation Management at the Wharton School (UPenn). He was chief economist at BusinessWeek prior to its purchase by Bloomberg in 2009.

With experience spanning policy, academics, and business, Dr. Mandel has helped lead the public conversation about the economic and business impact of technology for the past two decades. Mandel is the author of four books, including The High Risk Society and Rational Exuberance: Silencing the Enemies of Growth and Why the Future Is Better Than You Think. His essentials-level economics textbook from McGraw-Hill, Economics:The Basics, is going into its fourth edition. Mandel received a Ph.D. in economics from Harvard University and taught at New York University’s Stern School of Business.

His recent research reports, policy briefs, and essays include:

Mandel’s seminal analysis showing how ecommerce creates jobs and reduces inequality was featured by the Wall Street Journal, New York Times, Washington Post, Boston Globe, and Financial Times, among others. His most recent Wall Street Journal op-eds were entitled “Robots Will Save the Economy” and “Get Ready for the Internet of Goods.”